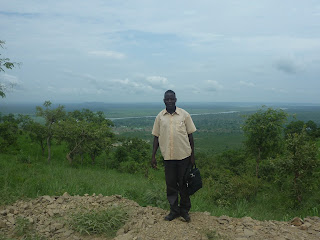 Help us so that we can reach East Africa by the means of Radio. Our prayer today is to aquire a 200Foot tower and all transmission equipments for Gospel Radio-East Africa at $30,000 so that our coverage will be reasonable.

The Lord will provide for our needs for the gospel to be preached by the means of Radio in the pearls of Africa.

See our current needs and donate to us.
Posted by Gospel Radio-East Africa at 13:17

Bringing the Love of Christ for Every one.

"For God so loved the world, that He gave His only begotten Son, that whoever believes in Him shall not perish, but have eternal life" John 3:16.


Vision
Edify the body of Christ by Preaching the Word! 2 Timothy 4:2.


Mission
To make Christ known to all men, nations, tribes and languages through Radio Broadcast.

Evangelism is the preaching of the Christian Gospel or the practice of relaying information about a particular set of beliefs to others with the object of conversion.[1] The term is not restricted to any particular Christian tradition, and should not be confused with Evangelicalism, a common term for a wide range of "Evangelical" Protestant churches and groups.

Christians who specialize in evangelism are often known as evangelists whether they are in their home communities or living as missionaries in the field, although some Christian traditions refer to such people as missionaries in either case. Some Christian traditions consider evangelists to be in a leadership position; they may be found preaching to large meetings or in governance roles. Christian groups who actively encourage evangelism are sometimes known as evangelistic or evangelist. The scriptures do not use the word evangelism, but evangelist is used in (the translations of) Acts 21:8, Ephesians 4:11, and 2 Timothy 4:5.

The communication of Christian faith to new geographical areas and cultures is often referred to as evangelization, or specifically, world evangelization.


The word "evangelist" comes from the Koine Greek word εὐαγγέλιον (transliterated as "euangelion") via Latinised Evangelium, as used in the canonical titles of the four Gospels, authored by Matthew, Mark, Luke, and John (also known as the Four Evangelists). The Greek word εὐαγγέλιον originally meant a reward given to the messenger for good news (εὔ = "good", ἀγγέλλω = "I bring a message"; the word "angel" comes from the same root) and later "good news" itself.

The verb form of euangelion, ehtoqualia[clarification needed] (translated as "evangelism"), occurs rarely in older Greek literature outside the New Testament, making its meaning more difficult to ascertain. Parallel texts of the Gospels of Luke and Mark reveal a synonymous relationship between the verb euangelizo (εὑαγγελίζω) and a Greek verb kerusso (κηρυσσω), which means "to proclaim".

Gospel Radio-East Africa
Moyo-Northern Uganda, Ug, Uganda
We are Inter-Denominational and non profit making Christian Radio Station broadcasting the love and glory of our Lord and Savior Jesus Christ. Our aim is to further the gospel and to make moments for people to abide in Christ through free pure and Christian Worship in Music and the Word. We hope to stand alongside pastors and churches offering sound exposition of the Word. It`s for Christ and for His glory that we broadcast the Gospel 24/7.