The Gospel of Jesus Christ sets everyone free 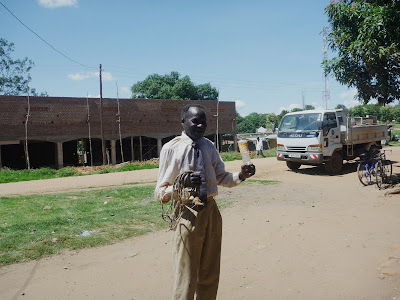 You will be free indeed. Bring your situation before God, stand before him boldly, never mind your skin color, property, origin. Nothing is imposible to God.

We will all return to soil. No one will be grater than the other if we all will follow God and be faithful before Him.

Why are so many suffering in this world? No one is willing to show them direction. They drink alcohol, they dance in public places and fight with their families, for they think always on how wise they are, but how will a fool
appear before wise man? 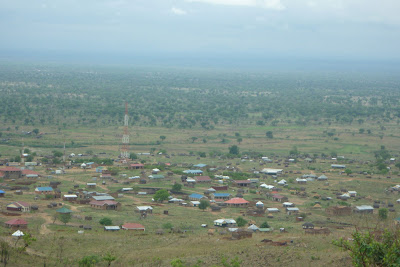 Nimule-Southern Sudan (Eastern Equatorial State) is near by city Gospel Radio-East Africa can reach with the means of Radio. This city is not far away from Moyo Town.

This Sudanese town acts as the bussiness place for the people of Moyo and has great number of people.
Posted by Gospel Radio-East Africa at 13:40 No comments: 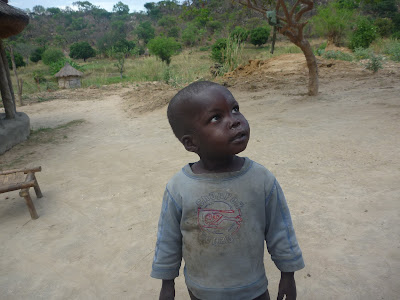 God Will Make A Way
Words and music by Don Moen Proverbs 3:6
"In all thy ways acknowledge him, and he shall direct thy paths. "

Posted by Gospel Radio-East Africa at 13:13 No comments: 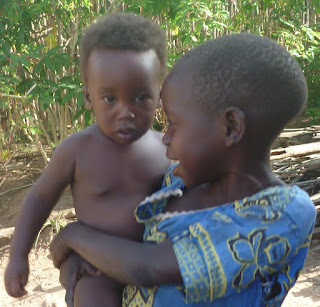 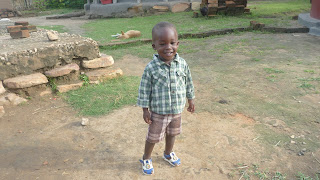 May your Holy Spirit come and take Control? 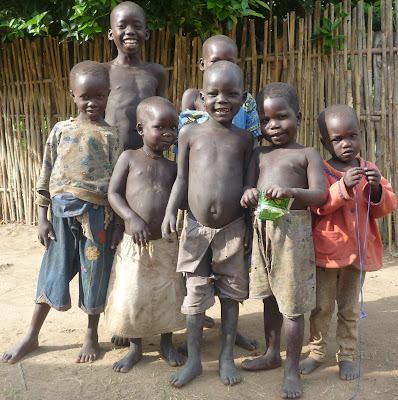 This are the children in Izzi Village. In the village where Pastor Michael comes from.
Oh, that every parent could understand that children come from a premortal experience and have possibilities that often are far beyond what we might expect. We should spare no effort to help our children reach their full potential whether in formal Education or on the things of God. Is it any wonder that Jesus brought the little children unto himself to teach and bless them? He said, “Whosoever shall receive one of such children in my name, receiveth me.” (Mark 9:37.) He also said, “Even so it is not the will of your Father which is in heaven, that one of these little ones should perish.” (Matt. 18:14.) When asked who is the greatest in the kingdom of heaven, the Savior “called a little child unto him, and set him in the midst of them,
“And said, Verily I say unto you, Except ye be converted, and become as little children, ye shall not enter into the kingdom of heaven.
“Whosoever therefore shall humble himself as this little child, the same is greatest in the kingdom of heaven.” (Matt. 18:1–4; italics added.)
Gospel Radio will bring children to sing in Sunday school on the radio and will encourage children in all their capability and ability.
Posted by Gospel Radio-East Africa at 12:20 1 comment:

Michael and Norah are members of Ayaa Baptist Church in Moyo-Northern Uganda (Metu Mountain). Michael is a Teacher and Norah is a Tailor.

Topography
Moyo district Topography is characterized by low planes and rolling hills along the Nile River, at 900m above sea level rising to a series of hills and peaks. The highest peak is mountain Otze at 1500m above sea level. The Nile River bank rises sharply upwards producing a landscape characterized by plateaus, flat topped hills, inter sparse with deep valleys and giving rise to steep slopes. Drainage occurs towards the Nile, through a series of rivers, which are seasonal and mainly supplied by rainwater. These features provide beautiful sceneries for tourist attraction.
Climate
Moyo district receives about 1267mm of annual rainfall. It has a distinct dry period that begins from December to February. November and March have moderate rainfall. The two major peaks in rainfall occur in April (short rainy season) and between August and October (major rainy season). Areas along the Nile receive lesser rain (860mm) than the rest of the district. The highest temperature recorded was 450 C in the months of January to February and lowest 290C in the months of August to October.
Vegetation
Although the hills in sub-counties of Metu and Itula are covered by forests, the major vegetation cover in the district is savannah woodland with isolated thorn shrubs found near the streams and rivers.
Population & other socio-economic indicators
Moyo district had a population of 194,778 according to the 2002 Population and Housing Census Report. The mid year projection 2008 now puts the district population at 304,271. The average annual population growth rate between 1991 and 2002 of the district was 7.7% compared to the national average annual population growth rate of 3.2%.
80% of the households in Moyo district depend mainly on subsistence agriculture as their main economic activity. The major crops grown include sweet potatoes, sorghum, cassava, simsim, groundnut, finger millet, maize, cowpeas and beans. Fishing is another main economic activity in the district. The Nile River is the main source of fish within the district.
Posted by Gospel Radio-East Africa at 07:23 No comments:

It has taken quite many years since I have started praying for having a Christian Radio Station in Moyo Northern Uganda. I have shared my vision with many local churches here and it was commented only that resources are not there.

My wife Norah and I prayed over this thing for the last couple of years, and came to realize we are not alone in what God is about to do for the folks in Northern Uganda, parts of Southern Sudan and parts of North Eastern Dr. Congo. We realized God had some one special for this project whose heart is entirely on the things of God. This are friends who are with us in prayer and partnership. We took many days in prayer and here we are!

We have not yet started broadcasting, but we are at the following stages:-
1. Getting license and frequency from Uganda Communications Commission.
2. Seeking for necessary supports, donors for equipments, building, staffing etc.


May you continue to trust the Lord with us.
Posted by Gospel Radio-East Africa at 07:04 No comments: 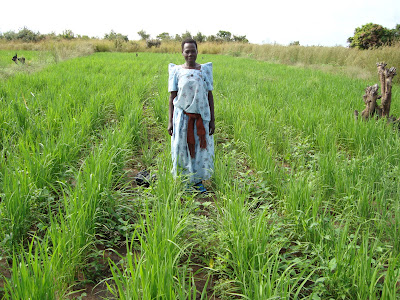 Posted by Gospel Radio-East Africa at 06:18 No comments:

The view of Nile River along Metu-Laropi Highway 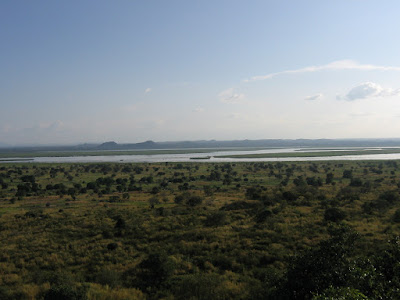 The Nile river passes through Moyo Laropi-to Nimule Sudan. People here are majorly fishermen  and few working on business. From Moyo Town, there is about 800 miter road made of concrete. When you are slopping down the hill, you can notice the slide of Nile river.
Posted by Gospel Radio-East Africa at 05:16 No comments:

The Mountainous area of Moyo-Northern Uganda 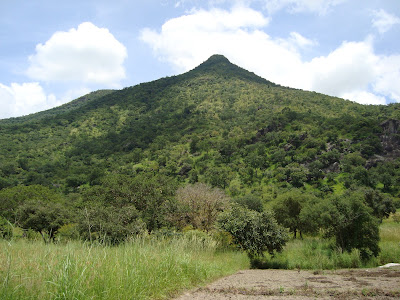 Moyo District is mountainous and ever green containing different species of living things. It has good flowing streams.
Posted by Gospel Radio-East Africa at 05:01 No comments:

Why Radio Ministry in Moyo-Northern Uganda?

God's Word should reach to the unreached in Northern Uganda and parts of Southern Sudan through Radio Broadcast. If we can sent 20 people per household in this region to proclaim the Gospel, then we will be hopeful to reach millions of lost souls across the region. But we are sure, the harvest is plentiful and the labourers are few, and we need technological means that can reach houndreds and thousands of people beyond culture, race and religion.

This is the terrain around Gospel Radio-Northern Uganda.
The site is  located close to Erepi airfield in Moyo-Northern Uganda.
It is mountainiours and with evergreen space. The road condition is fair. There is good water source. The communities around here are peasent farmers.
Posted by Gospel Radio-East Africa at 03:08 No comments:

Bringing the Love of Christ for Every one.

"For God so loved the world, that He gave His only begotten Son, that whoever believes in Him shall not perish, but have eternal life" John 3:16.


Vision
Edify the body of Christ by Preaching the Word! 2 Timothy 4:2.


Mission
To make Christ known to all men, nations, tribes and languages through Radio Broadcast.

Evangelism is the preaching of the Christian Gospel or the practice of relaying information about a particular set of beliefs to others with the object of conversion.[1] The term is not restricted to any particular Christian tradition, and should not be confused with Evangelicalism, a common term for a wide range of "Evangelical" Protestant churches and groups.

Christians who specialize in evangelism are often known as evangelists whether they are in their home communities or living as missionaries in the field, although some Christian traditions refer to such people as missionaries in either case. Some Christian traditions consider evangelists to be in a leadership position; they may be found preaching to large meetings or in governance roles. Christian groups who actively encourage evangelism are sometimes known as evangelistic or evangelist. The scriptures do not use the word evangelism, but evangelist is used in (the translations of) Acts 21:8, Ephesians 4:11, and 2 Timothy 4:5.

The communication of Christian faith to new geographical areas and cultures is often referred to as evangelization, or specifically, world evangelization.


The word "evangelist" comes from the Koine Greek word εὐαγγέλιον (transliterated as "euangelion") via Latinised Evangelium, as used in the canonical titles of the four Gospels, authored by Matthew, Mark, Luke, and John (also known as the Four Evangelists). The Greek word εὐαγγέλιον originally meant a reward given to the messenger for good news (εὔ = "good", ἀγγέλλω = "I bring a message"; the word "angel" comes from the same root) and later "good news" itself.

The verb form of euangelion, ehtoqualia[clarification needed] (translated as "evangelism"), occurs rarely in older Greek literature outside the New Testament, making its meaning more difficult to ascertain. Parallel texts of the Gospels of Luke and Mark reveal a synonymous relationship between the verb euangelizo (εὑαγγελίζω) and a Greek verb kerusso (κηρυσσω), which means "to proclaim".

Gospel Radio-East Africa
Moyo-Northern Uganda, Ug, Uganda
We are Inter-Denominational and non profit making Christian Radio Station broadcasting the love and glory of our Lord and Savior Jesus Christ. Our aim is to further the gospel and to make moments for people to abide in Christ through free pure and Christian Worship in Music and the Word. We hope to stand alongside pastors and churches offering sound exposition of the Word. It`s for Christ and for His glory that we broadcast the Gospel 24/7.